You can configure OnSite to accommodate several currencies, so that you can display costs and prices in the currencies of your choice. For example, if your store is in Amsterdam and you have a supplier in London, you can enter your raw cost and send your purchase orders in British pounds, and be able to view the calculated costs in Euros in your product cards and profit calculations.

To set the default currency 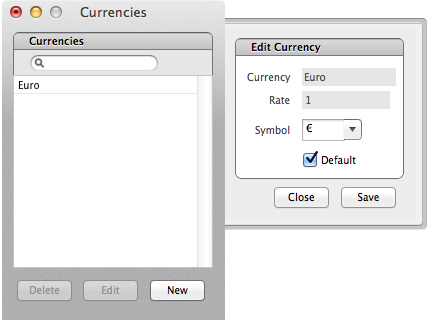 To set other currencies

OnSite automatically uses the currency formatting settings on a local station. This setting can be different from other stations connected to OnSite and can differ from the server setting. All currency values are saved to the database in a common format, but the display can differ from station to station. 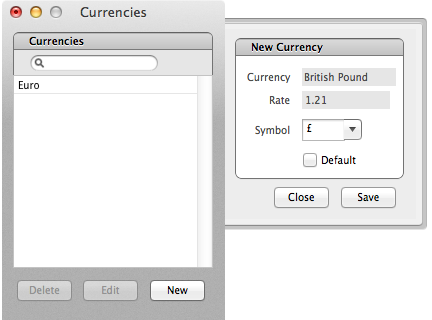 You specify currency format settings such as 2500.45 or 2500,45 in the system preferences your operating system. OnSite must be restarted on a station for the currency formatting changes to take effect. 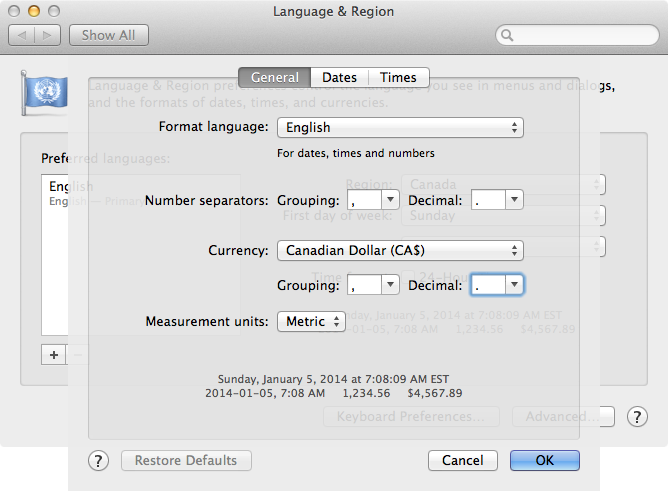